The «Broadcasting box» («Efirnaya shkatulka») – is the only venue in the world where participants can display their products in Russian language to their colleagues from around the world, and have an opportunity to exchange the ideas. The festival also allows everybody  understand the main trends of  the Russian-language broadcasting around the world. 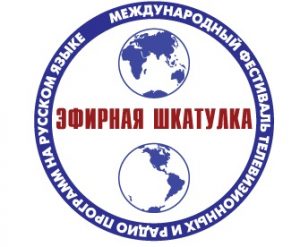 A distinctive feature of the festival is that every program is discussed by authors, participants and jury. That gives the participants additional interest as they get a professional evaluation. The purpose is not to identify the winners but to view and discuss all works.

However, the jury of the festival is traditionally reserves the right to mark the most professional programs which could be called “good examples” for all participants. These materials are awarded the “Grand Prix” of the festival .

To participate in the festival are accepted foreign television and radio broadcasters, broadcasting in Russian with the output data (authors, timing, production year) and a brief summary.

The company can claim to participate no more than 3 programs in each category of the festival. The jury noted the brightest and professional work performed by awarding the “Grand Prix” of the Festival.

Nominations of the festival

XVII International conference «The role of media in countering terrorism»

The festival “Integration” has taken place in Moscow

The “Integration” has taken place in Moscow

The results of the VI International Festival “Integration”

The documentary “Men character” became the winner of the Festival “Integration”