Experts discuss the role of media in countering terrorism 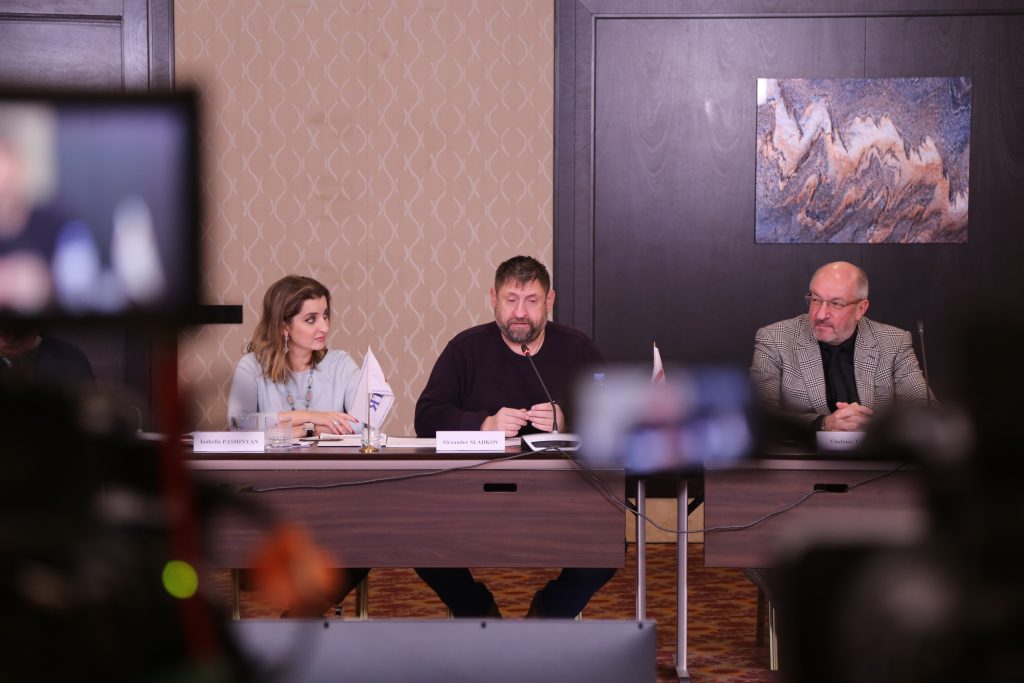 Experts discuss the role of media in countering terrorism

On November 26, the XVI International conference on role of media in countering terrorism began its work. The event was organized by the International Academy of Television and Radio (IATR) with support of the Federal Agency for Press and Mass Communications.

Famous Russian journalists and experts, media professionals, representatives of foreign electronic media and law enforcement agencies gathered to discuss the current topic online and offline. The participants spoke about  growing new threats to society, as terrorism has been changing tactics rapidly, more and more crimes are committed by “lonely wolves” not directly associated with organized groups. Technological development is becoming a key factor, as it helps to make training invisible and cause serious damage by small groups of people. The role of media, especially social networks, is increasing.

The conference was opened by Ashot Dzhazoyan, Secretary of the Union of Russian Journalists, Chairman of the Commonwealth of Journalists Media Congress (Russia), Leonid Mlechin, Chairman of the Board of the International Academy of Television and Radio, Head of the Directorate of Historical and Publicist Programs of the Public Television of Russia, Ilya Lazarev, Deputy Head of the Federal Press Agency and mass communications.

Greetings to the conference participants and online viewers were sent by Konstantin Kosachev, head of the Federation Council Committee on International Affairs. In video message he explained why anti-terrorist activities cannot do without media assistance: “ISIS ideologists are very active in using media and communication technologies. They produce over 40 films and stories per day. It is known that  Islamist films have a great influence on inhabitants of Arab countries. Since 2014 a special group has been producing  ISIS media content in Russian, which does not go unnoticed. Some media show terrorists and even interview them. Therefore, it is important to support objective media that have to fight terrorists in the information field.”

Nikolai Bordyuzha, Army General, Vice President of BL Group, ex-head of the RF Security Council, expressed his point of view on the role of journalists in combatting extremism: “There is no single state strategy against terrorism. It is regrettable that some states openly support terrorists. Where do terrorists get their weapons and money from? It should be investigated and talked about. If media starts investigating the issue of terrorist financing, it may be possible to cut off the funding flows. If different countries cooperate closer in countering terrorism, people will see real results faster.”

Chairman of the Union of Russian Journalists Vladimir Solovyov touched upon the topic of credibility of publications: “Fake news help terrorists to bring chaos into people’s lives. Unless we stop the flow of fake news, we will cease to understand what is really happening.”

“Negative information is always remembered better than positive. The news of a terrible terrorist attack is better remembered than any positive story. Therefore, journalists should present good news much more than news about evil. Today, journalists prefer to deal with burning facts, they do not reflect on trends, on what is harmful and beneficial for society, ”said Sergei Enikolopov, head of the Department of the Scientific Center for Mental Health of the Russian Academy of Medical Sciences.

Alexander Sladkov, a special correspondent of the Russia 1 channel, who moderated the discussion, invited colleagues from other channels to talk about why sometimes information lags behind, and journalists do not notice real threats.

“Unfortunately, classical journalism is leaving. A blogger who talks about the conflict between Armenia and Azerbaijan suddenly gets millions of views, because he does it in an intelligible and interesting way. Sad as it sounds, people don’t want hard information. Any smartphone and a person who flips through it are much stronger than any journalism,” said Yevgeny Sova, a member of the Israeli Knesset, who for a while headed RTVi’s Middle East Bureau.

Yevgeny Poddubny, a military journalist and head of the VGTRK Bureau in the Middle East, agreed that there is no demand for serious journalism in society. “Nobody forces journalists to respond quickly to various challenges. The old world of journalism and relations between states have been destroyed, and the new one has not yet been built. Journalism based on new rules will be more efficient and filigree.”

Television, as the most massive mass media, is itself to blame for flight of people to Internet. Aleksandr Mikhailov, major general, head of the executive committee of the “Officers of Russia” organization, is sure of this: “Today’s television practically pushes people off the screen with shouts and fights on talk shows. Media attempts to explain to me how I should perceive this or that information. And I am not interested in other people’s opinions, I need facts to comprehend them on my own.”

“For many years in the British media as well as in media of other countries, the time of “highly likely”continues – publications based on unconfirmed information. It is detrimental for journalism. Modern journalism cannot cope with new challenges as life itself fails to give answers”, says Yorky Golligorsky, RTR Partnership partner from Great Britain.

The conference second day on November 27 will discuss necessity of journalist investigations, cyber threats and challenges to information security, methods of countering terrorism in time of highly developed technologies.

Online recording of the conference first day is available at the official YouTube channel of IATR: