The Fourteenth annual International Conference “Terrorism and Electronic Mass Media will take place in Cyprus, October 31 – November 1, 2018. The Conference is organized by the International Academy of TV and Radio (IATR) and supported by the RF Federal Agency on Press and Mass Communications together with the Cyprus Union of Journalists and Cyprus Journalists Union.

The Conference is intended to attract attention of the world media community and national state and public stakeholders to problems of countering international terrorism through electronic mass media.

The Conference will be opened by Leonid Mlechin, IATR Chairman of the board, head of the Russian Public TV department for history and publicist programs, and Vladimir Kozlov, deputy Chairman of the Federal Agency on Press and Mass Communications.

The Conference participants are expected to be greeted by Nicos Anastasiades, the President of the Cyprus Republic, and other officials.

The Conference will present information TV programs and documentaries from different countries on anti-terrorism, urgent terrorism-related issues will be discussed.

The Kaspersky Lab is general partner of the conference. 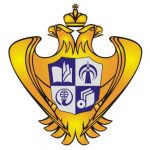 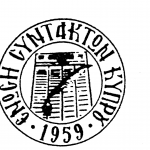